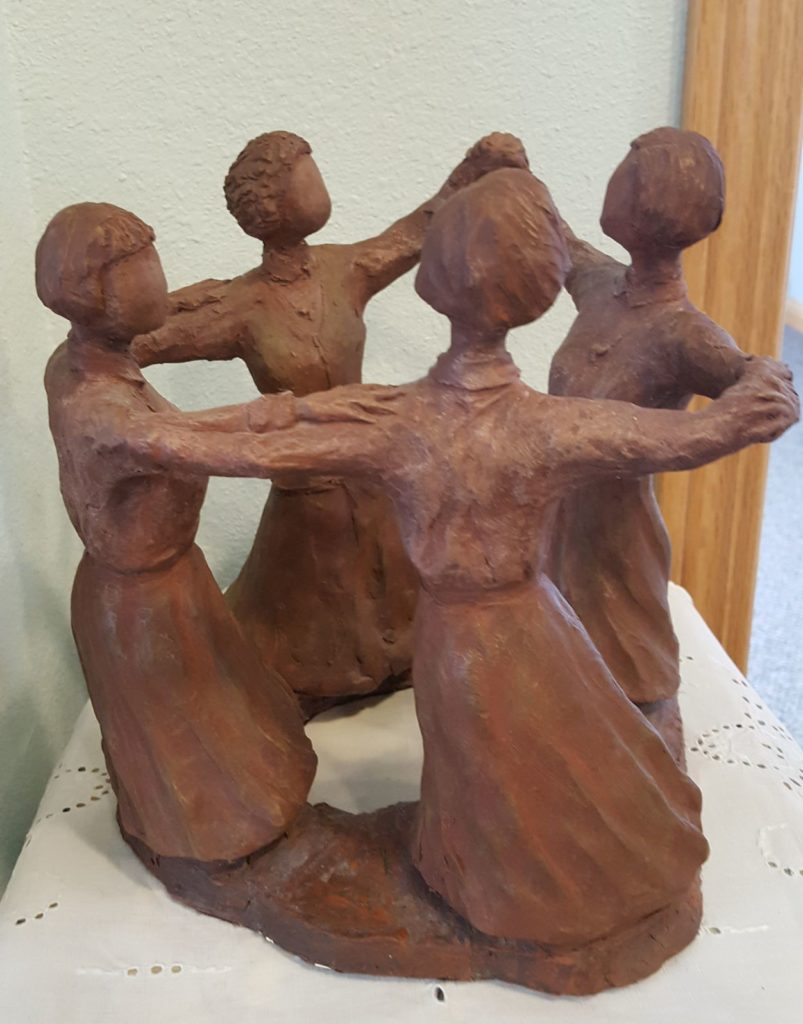 With the completion of our monastery in March 2008, we reflected on how it all happened and give thanks to God and all of our benefactors.

Sister Clare Frances McAvoy, the president of the Holy Name Federation of Poor Clares, took two different delegations of sisters to Great Falls to meet Bishop Milone and to discuss the possibility of a foundation.

When the Federation Chapter approved making the foundation, Sister Clare Frances took a third delegation to negotiate an agreement between the Poor Clares and the Diocese of Great Falls-Billings. Four sisters from four different monasteries along the east coast volunteered to go to Montana to begin the foundation. After they received permission from their respective communities: Greenville, S.C., Andover, MA, Bordentown, NJ, and Bronx, NY, to do so and from the Holy See, they began preparations to move to Great Falls, Montana.

Sisters Catherine Cook, Jane Sorenson, Judith Ann Crosby and Maryalice Pierce arrived in Great Falls to take up residence in the former rectory next to St. Joseph Church until a monastery could be built.

Marked the groundbreaking for our monastery, Bishop Milone, the Mayor of Great Falls, and many friends gathered for this occasion.

Construction began on the first phase of the monastery building, the living quarters for the sisters. L’Heureux Page Werner PC was chosen as the architectural firm and Dennis O’Leary, Inc. as the contractor. It was decided to build the monastery in three phases: the living quarters for the sisters, the chapel building, and the retreat and work space.

The living area was completed and ready for occupancy. Thus the sisters, with the help of many friends, moved in. It was only a matter of a week or so before work began on the second phase, the chapel building. We joyfully watched, as the chapel building, which houses the chapel itself, the center of our life of prayer, a large conference room and two visiting parlors grew to completion.

The final part of the building was completed. Our dream of a monastery in Montana is a reality.